Dodson & Flinker received an award in this planning and design competition for their plan for a large shopping mall and regional arterial in Hadley, Massachusetts. The plan envisions the evolution of the site over a span of thirty years from shopping mall to mixed use, walkable urban center. A traffic clogged, six lane strip mall arterial is put on a road diet, becoming a 3 lane boulevard with a planted median, roundabout intersections and two dedicated bus rapid transit lanes. A variety of residential development types and price ranges are built: first in existing open areas of the mall and later within the mall site itself. In later stages of the project, aging single story mall buildings are replaced by a mix of retail, office, entertainment and residential uses in new multi-story structures. A low-impact development stormwater system integrated with urban fountains, new parks and recreational areas reduces runoff and greatly improves the quality of stormwater on the site. An abandoned rail line running near the center is revitalized to link the project to nearby cities.

Back To Smart Growth 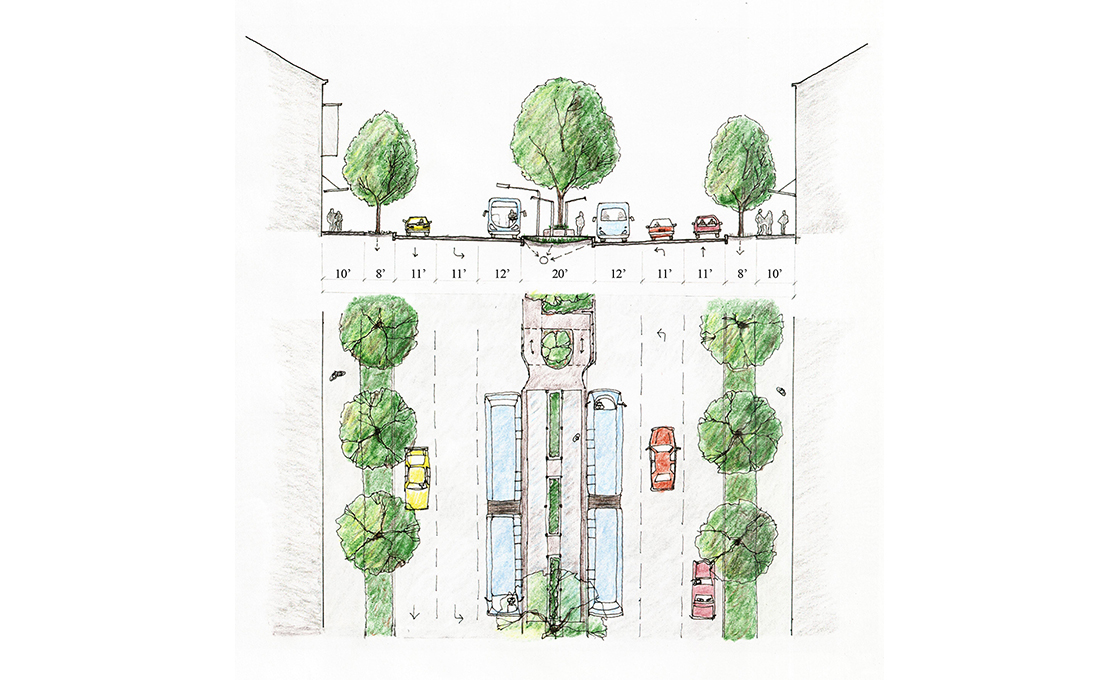 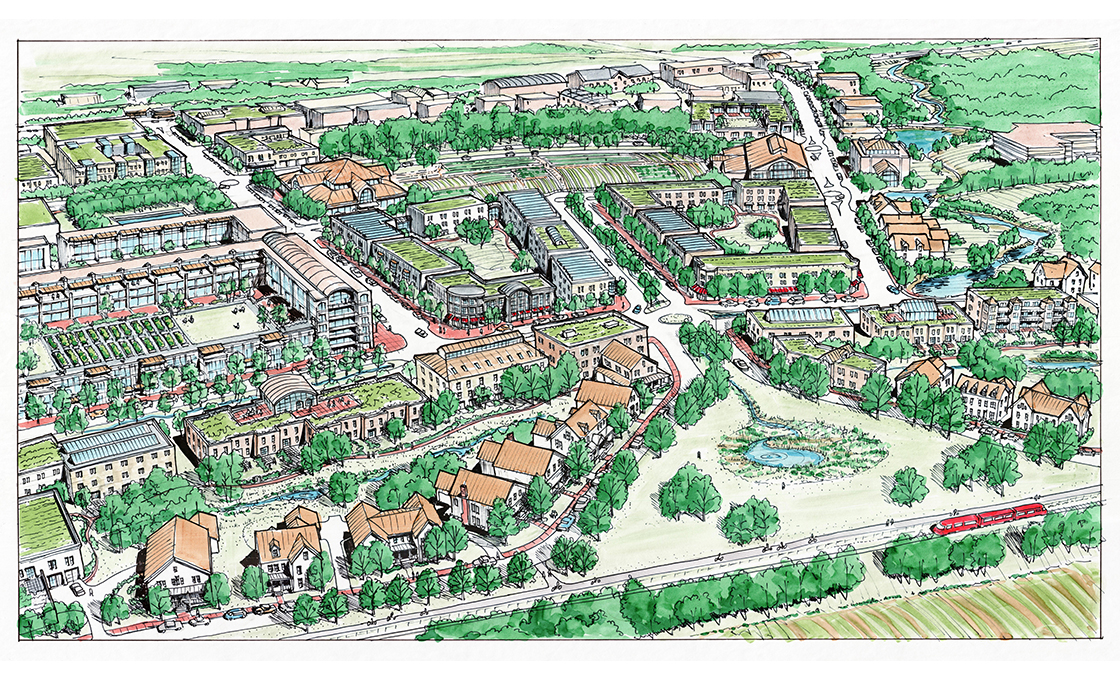 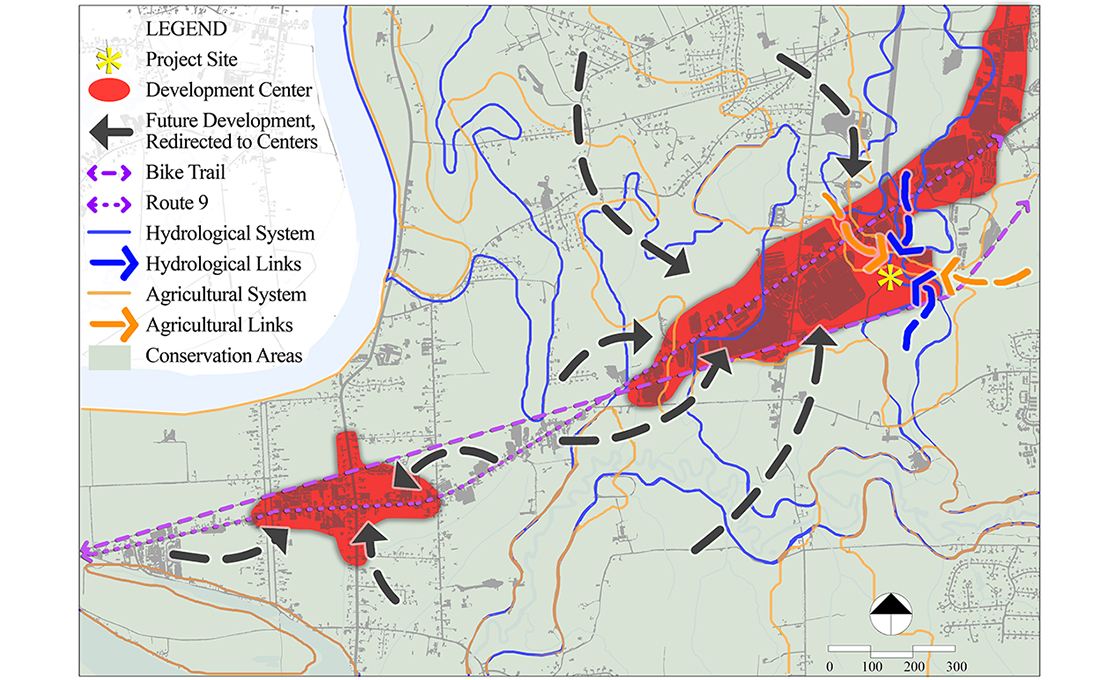 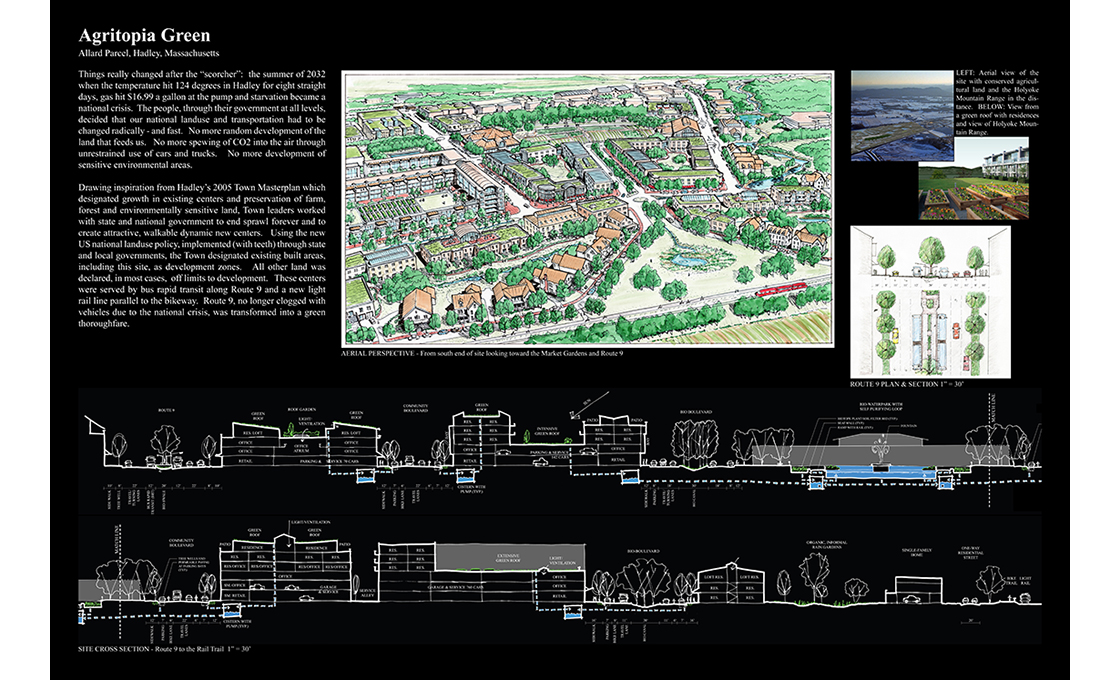 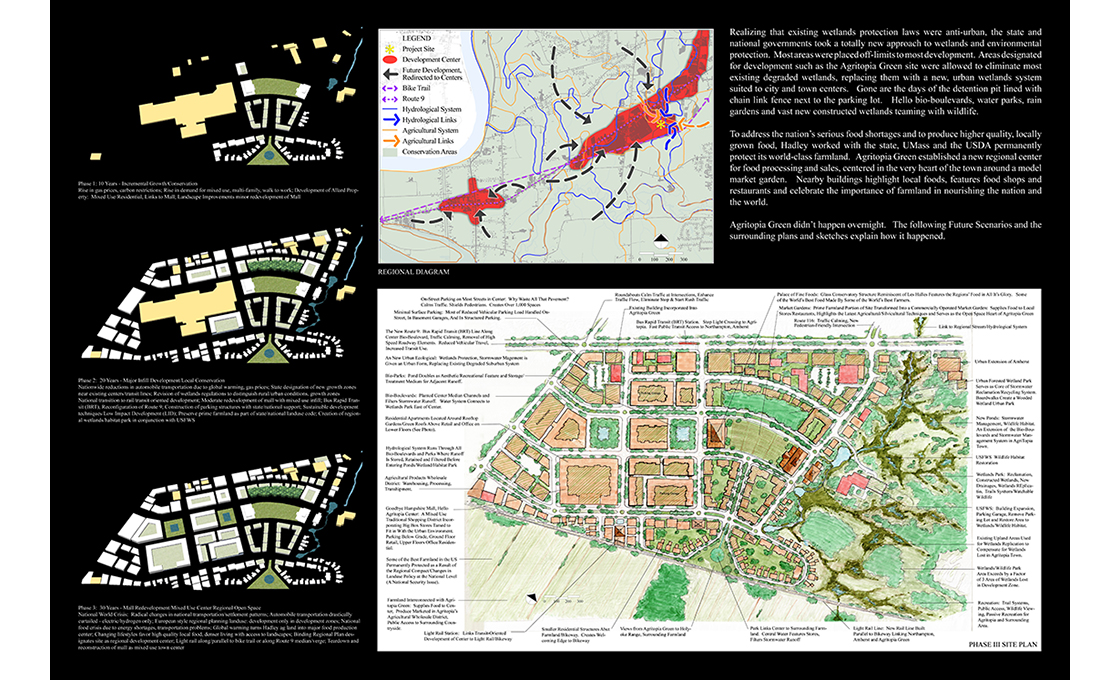