In partnership with a coalition of environmental groups, economic development organizations, the Massachusetts Audubon Society and the Blackstone River Valley National Heritage Corridor Commission, Dodson & Flinker completed a Visioning Plan for eleven communities along the main stem of the Blackstone River in Massachusetts and Rhode Island. The project began with a series of eight public workshops that allowed residents to outline issues, concerns and dreams for their community’s stretch of the river, and to identify on maps and aerial photographs areas that should be the focus of further study. In the second phase of the project, four design charrettes were held at key locations along the Blackstone River. The sites were chosen to represent a range of typical issues and challenges faced by many different towns. The resulting design and planning strategies, while specific to those locations, can be applied to similar situations throughout the river corridor. 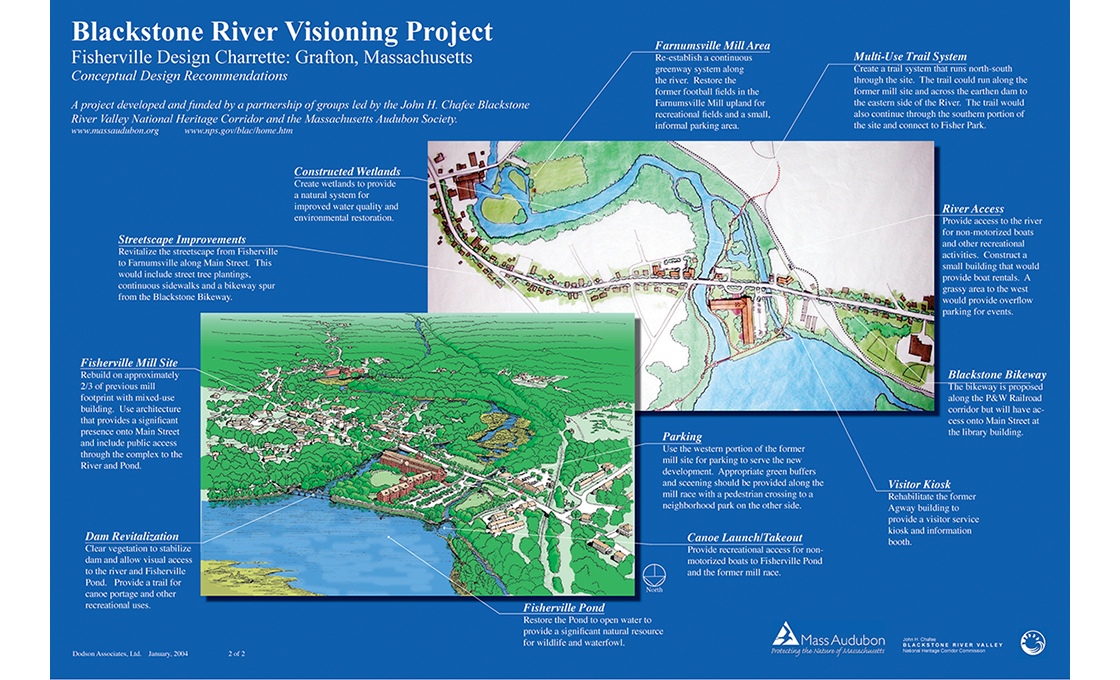 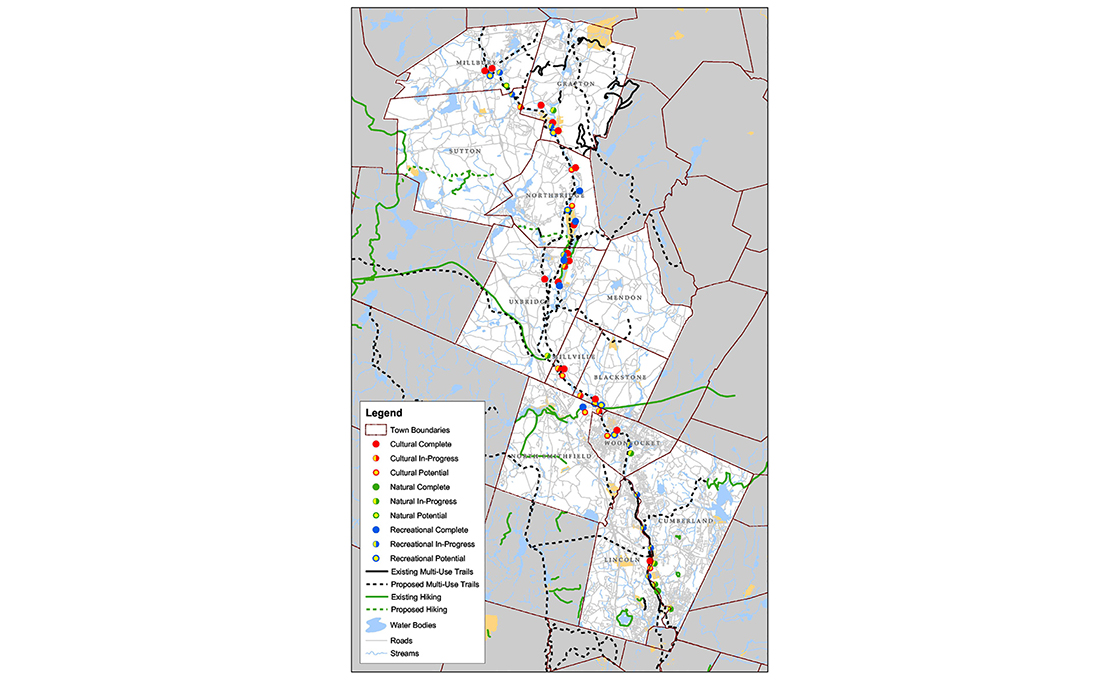 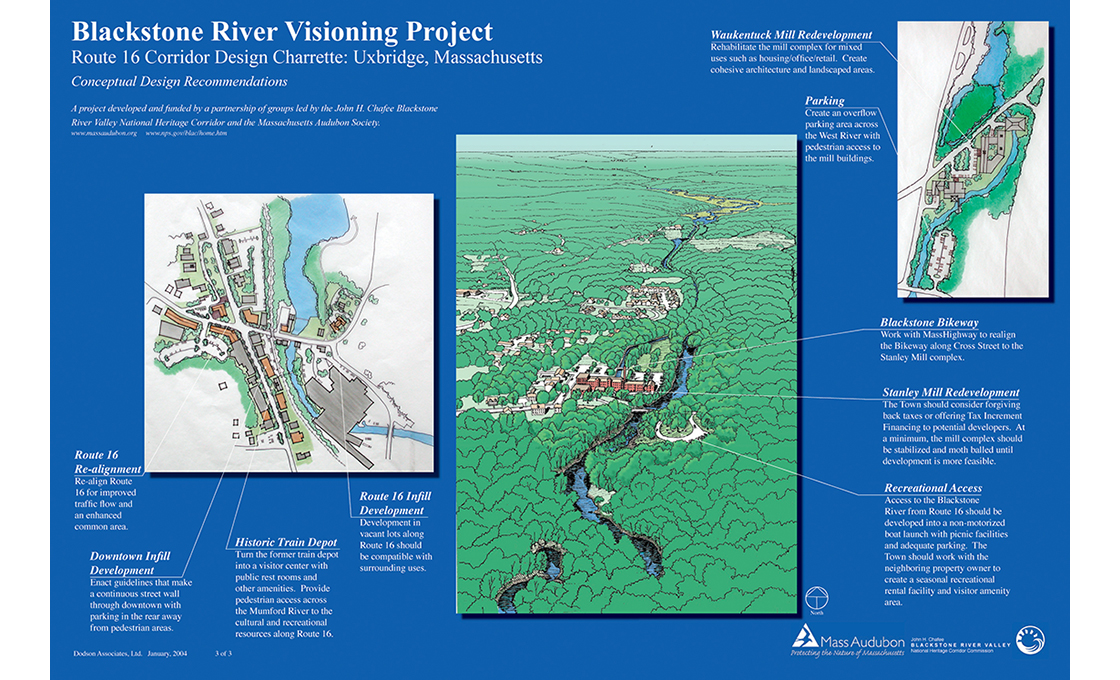 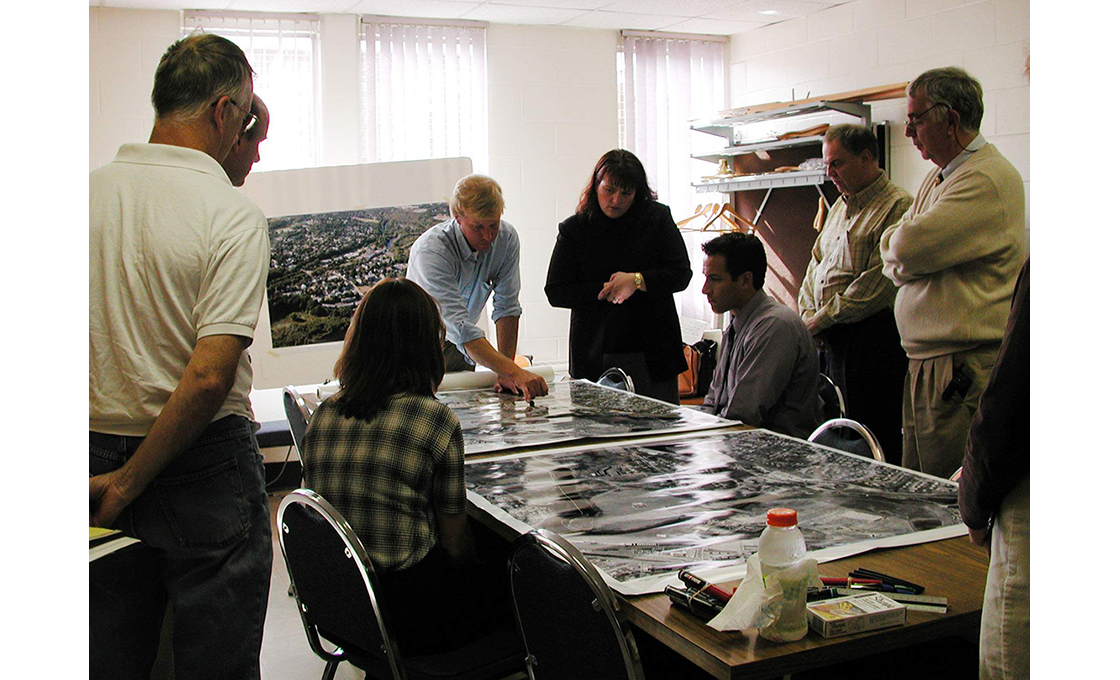